Yesterday, I wrote about developing students as engaged learners. Today, as luck would have it, the benefit of engaged learners played out in my classroom. The plan was to review a two-part vocal arrangement of “Wade In The Water.” I asked the class to begin by singing the bass ostinato, and then continue while I sang the melody. They are learning to maintain an independent part in a two-part texture. While most were giving a good effort, and many were succeeding, there was a group of five students who were choosing not to participate. I stopped the class, and had arrived at a turning point in the class. I asked them to sing the ostinato with the rest of the class. They half-heartedly began to sing when we restarted, and then stopped singing. These were, at this point, non-compliant students. But I was soon to find out that this day, they were going to be engaged learners. One of the students asked if they could sing what I was singing, only with their beat. I was interested to hear what she had in mind, so I agreed. Immediately she and the others began clapping the stock hip-hop beat that my students seem to enjoy applying to every piece of music they hear. Still, I wanted to see how they would work it out. Perhaps they would get under way and realize the style of the song didn’t really work with the beat they were making. But that is not what happened.

Instead, they sang the melody and adjusted the rhythms so that it sounded like it naturally 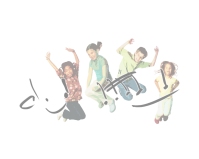 belonged with that beat. And then one of the boys stood up and began to add his own ostinato by rapping. This boy is frequently non-compliant and sometimes disruptive in my class and in his other classes as well. But now, with movement, style, rhythm and a big smile on his face, he rapped his ostinato, with a little freestyle thrown in every now and then. I was beginning to enjoy this unexpected performance. Soon, two other boys got up and started break dancing–really breakdancing; flips up the wall and everything. I began riffing on the piano as they continued. At this point we had a YouTube worthy performance going with no video camera. The world will never know! When everything had peaked, and their stamina began to flag, I congratulated them on their performance and had them sit down.

Next, a boy who is usually a quiet compliant student, raised his hand and said that he had an idea. That he would volunteer an idea was in itself exciting. He had been trying to join in the beat, but just couldn’t find the groove. Now he had figured out how he could get in on the fun. He thought it might sound good if those students did that beat again while the rest of them, including him, sang the melody straight. The rhythm section was more than happy to oblige, and the rest of the class were curious enough to see what it would sound like to give it a try. They all sang “Wade In The Water” to the hip-hop beat. It wasn’t quite as exciting as the break dancing, but they made it work musically, and I had the fruits of engaged students.

After all of this, I was able to teach the second half of my planned lesson, which was to introduce a round, and have them toss a ball to a classmate on each rest, of which there were many. They enjoyed the game with the ball, and the game made repeating the song many times interesting enough so that they learned the round, and are nearly ready to sing it in parts next week. The highly engaged learning that had just occurred launched the activity that followed. They all had a positive attitude and were willing to try something different having just been given the chance to fully engage on the previous activity. Remember I said I was at a turning point in my lesson when that first request for the beat was made? Suppose I had not agreed, and insisted on them merely complying with my plan of singing “Wade In The Water” in two parts. None of that great music making would have occurred, and all I would have done was turn students willing to engage into compliant learners.

One thought on “Engaged Learners In Action In The Music Classroom”