When musicians prepare for a performance, there are countless decisions that are made and problems that are solved. Most often, a composer and an arranger have made many artistic decisions, and indicated them in the score. Dynamics, articulation, tempo and who sings or plays what are all mapped out. Though printed music certainly doesn’t play itself, students and their directors can achieve excellent results by following these decisions closely. Sometimes, articulations, bowings, an other performance information is provided in music edited for educational use that are not present in standard editions used by professional musicians. While one can purchase many fine arrangements of folk music, it is also of great value to allow students to make decisions and solve problems as part of preparing for a performance, whether public or classroom. Folk music can be arranged in many ways without compromising the cultural norms from which it comes. In a recent class for 5th grade general music, I divided my classes into three groups, and assigned one Native American song I had previously taught them to each group. The groups were given the task of deciding how the group would perform the song, including how and if instruments would be used, when to have solos, small groups or whole group singing, and how to use articulation and dynamics to make the music interesting and expressive. Instead of just 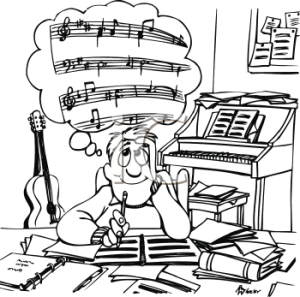 following the work of a published arranger, the students set about trying different ideas and combinations. In addition to purely musical decisions, they also had to deal with how to use students who didn’t want to sing, how to deal with students who wanted to play a drum but didn’t play a part that fit the song, and how to keep instruments and voices balanced. Given the freedom to choose how to arrange each song, and the opportunity to explore their ideas, sorting through them and keeping the ones that worked and discarding those that didn’t, I listened to each group gradually build a viable arrangement.

Once the students in each group had made the decisions, then they began rehearsing and refining their execution of their ideas. Whereas before the students had performed their song in bits, searching for how each section of the song should be arranged, now they were beginning to perform through the whole song, and listening to how it sounded. Their attention shifted from what they were going to do to how they were going to do it. Transitions are always challenging, and these students were repeatedly going back to places in the song where singers or a rhythm pattern in an instrument was changing, practicing that transition until everyone was sure of how to smoothly keep going. Because three groups were rehearsing all at once in the same room, each group needed to keep their “conversation level” to a 2, which is just loud enough for a small group to hear itself, but too soft for other groups to hear. This leaves the room with a manageable noise level.

The final segment of the lesson was to have each group perform for the rest of the class. Because the lesson was on arranging, I was more interested in the ideas each group came up with, and holding them accountable to perform the arrangement they had agreed upon, than I was in the details of their singing or playing. To this end, before each group performed, I asked one group member to describe the arrangement: who was going to sing when, and who was going to play and when. Once they had told me what they intended to do, I gave them any instruments they required. All rehearsal was done without instruments, with students playing intended instrumental parts on body percussion. With a clear understanding of what the arrangement would be, the group performed and then received brief feedback, mostly positive, from me. With more experience at arranging, I will have students give feedback. Any time students perform in class, an opportunity exists to remind and practice good audience behavior. Transitions in class are challenging just as they are in musical performance, so after each performance I needed to wait for the class to be ready to listen to the next group.

The more creative and artistic decisions can be left to students, the more learning will be meaningful and impactful. Leaving these decisions to students elevates the level of critical thinking involved, and raises the student’s  investment in both the activity and the product, in this case the arrangement and the performance.

One thought on “Arranging and Expressive Intent”