Motivation results from knowing what you goal is and finding value or enjoyment in meeting that goal. The less value or enjoyment that is found in a goal, the less motivated a person will be to work at achieving the goal. In such instances, in order for the goal to be met, unrelated incentives need to be used to create motivation that is otherwise lacking. For example, if a teacher sees that a student is not motivated, and that because of this the quality of the student’s work is less than what is expected or desired, the teacher may offer an incentive such as a prize from a “treasure box,” points toward free time, or even a candy bar. None of this causes the student to value the goal any more, but the student is motivated by a desire to attain the reward. This arrangement shifts the goal from meeting a learning objective to obtaining the incentive. The tricky thing is that the learning objective may be met, but because the student is focused on the incentive and not the learning objective, the student is likely to learn and retain less of what the teacher intended to teach, because to the student, the learning is incidental to his or her main purpose of obtaining the prize; whereas to the teacher, the prize is incidental to the student achieving the incentive. Each party, the student and the teacher, will take away from the experience what they sought to achieve. The student learns that in order to earn points, a candy bar, or a toy, he or she just needs to do what the teacher tells him or her to do. Because the teacher is likely trying to cause an unmotivated student to do something productive, any effort will be seen as progress, and quality standards for student work, at least initially, is likely to be low. As a result, the student doesn’t need to worry about doing quality work, but only about doing some work at a minimum standard. 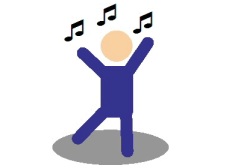 procedure are corrected? Most teachers will agree that some form of extrinsic motivation is needed for students who are chronic reluctant learners and unmotivated, but most will also agree that such reward systems do not create the ideal learning environment. Notice that the main problem is not the use of a reward system, but on how the system hijacks the focus away from desired learning objectives and outcomes and toward unrelated personal gain. For example, if a music teacher offers a student a candy bar for completing a composing project, then the student is not focused on creating music, an expressive intent, or hearing the finished musical work performed. Instead, he is focused on getting paid—receiving the candy. We aren’t offering a related reward. Candy is in no way a part of the creative musical process, and is not a natural or positive consequence of creating music. Once the student has completed the assignment and received the candy, he or she is no more motivated to write another piece of music than they were before, though they may do so to obtain another piece of candy. But they would just as willingly do anything else to receive the same piece of candy. The teacher has not built any motivation to specifically compose music.

Now suppose that the same teacher designs the composing assignment so that students who are in band or orchestra will perform their compositions for the class, and students who are not in band or orchestra, and don’t play a musical instrument, will have their finished composition played by a peer who does play. The whole dynamics of the assignment has just changed. The incentive for the instrumentalists has gone up two-fold, because they not only get to play their own piece, but also get to play their instrument for their friends, which is something most accomplished student-musicians are excited to do. Quality control has just gone way up, because students will want to compose and perform music that will impress their classmates, and this will also necessitate that they give thought to composing music they can actually play and play well. Students who do not play instruments will be motivated to write music that will

sound good when a peer plays it for them, and this will provide motivation not only for quality composing, but also close collaboration between composer and student instrumentalist, so that the composer writes music that is playable, which is the only kind that will sound good. With this new design, the motivation now is to obtain quality musical results both to impress and to feel proud of. Both the work and the reward are now related and musical. The consequences of doing the work are natural; that is, they are related to the work in that both are musical, unlike the candy, which was unnatural and non-musical. The new reward of getting one’s composition performed is still an extrinsic reward in that the student is receiving something tangible in exchange for work completed, but the reward, because it is natural and musical, encourages deeper learning and motivation to something else musical, perhaps compose again, in order to receive a musical reward. The extrinsic reward of a performance is developing intrinsic motivation of wanting to feel good about what has been accomplished.