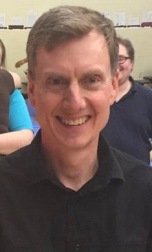 The nomenclature for durations we have (except for those who use the quaver family of names) really is not very useful. Whole note, half note, quarter note, eighth note, and sixteenth note are the terms by which teachers, both of music and of other subjects, connect music to fraction arithmetic. As far as it goes, they are correct. All of those names, that is, quarter, half and so forth are fractions, but fractions of what? They are fractions of a measure in common time. Because those names only apply to four-four meter, their meanings are irrelevant to every meter except four-four. What’s more, I’ve never, in 31 years of teaching, found a student for which knowing a quarter note was one quarter of a whole note really helped him or her perform the rhythm more accurately. Of much more value is that the quarter note is, at least frequently, equal to the pulse of the music; the ictus, the beat that coincides with what an ensemble conductor is conducting.

From there, it is helpful to know that eighth notes are two equal divisions of the quarter note pulse. It is not at all helpful to know that one eighth note is one eighth of a measure in four-four time, and, as I have pointed out, even less helpful if the child is not performing music in four-four meter. Eighth notes are the division of the quarter note pulse into two equal parts, or the dotted quarter note pulse into three equal parts. Stated as a fraction,  one eighth note is either one half or one third of an ictus beat. That is the sort of musical fraction that is helpful. There are two or three sounds of equal duration during each pulse. That is helpful, because musicians mostly divide beats, not measures. Quarter note pulses can be further divided into four equal durations, and dotted quarter note pulses can be further divided into six equal durations. When this occurs, those divisions of the beat are called sixteenth notes, and each sixteenth note is either one-fourth or one sixth of a beat. Even this fractionalizing is of limited value, because the performing musician is not measuring individual durations in relation to the beat, he or she is gauging how to evenly distribute a number of sounds over a single pulse. Nevertheless, fractions of a beat are more useful than fractions of a measure. Every note value less than the value of the ictus is a division of the beat, and the process by which beats are divided are an example of the mathematical operation of division, which includes fractions.

Notes that are longer than the duration of the ictus are elongations of the beat, and the process by which beats are elongated are an example of the mathematical operation of addition, including adding fractions. Once more, we don’t really care that a half note is half of a measure in four-four time, or that a whole note occupies the duration equal to an entire measure in four-four time. We do care that a half note is the duration of two ictus beats added together, and that a whole note is the duration of four ictus beats added together, though in both cases the quarter note must be the ictus for this to be true.

It is useful to think of note values as not only fractions of the ictus, but also as fractions of

each other. Practicing sixteenth note passages while audiating an eighth note beat in a piece where the quarter note is the ictus, a practice referred to as subdividing, is used by many students and teachers as an effective way of achieving rhythmic evenness. Such thinking also facilitates shifting the ictus from, for example, the quarter note to the half note when the feel of the music suggests as much. This often happens when the composer transitions the music from a rhythmic section that is best understood in quarter notes, to a broad melody that comfortably soars above all in half notes. Understanding that those still present quarter notes are each half as long as the now predominant half notes makes the shift natural and enjoyable.

Thinking of note values as fractions of other note values also facilitates understanding rhythm when the ictus is not the quarter note. Knowing that  a quarter note is half of a half note, and that an eighth note is half of a quarter note makes dividing or elongating the half or eighth note ictus possible, and the concept of divisions and elongations of the beat transferable. Indeed, it is important for students to understand once they have begun to read music that any note value can be the ictus, and that it follows that any note value can be divided or elongated. Indeed, a whole measure can be the ictus, and a half note a division of the beat. It is also important to understand that before students begin to read divisions or elongations of the beat, they must learn them aurally, so that when they do read them, they have a sound to associate with what they see. Music Learning Theory (Gordon) and Conversational Solfege (Feierabend) both provide well researched and classroom tested procedures for doing this.

Attempts to correlate music with Common Core Mathematics using fractions can be made with note value nomenclature, but such connections are not helpful and may even confuse music students. Connections between music and fractions are more advantageously made concerning fractions of ictus beats and fractions of other note values. While traditional nomenclature can and does continue to be used, the bases for names such as quarter and half notes is only relevant to four-four meter.