For as long as any of you reading this have been alive, music has been taught in the context of so-called musical elements. Though one can find variations on just what is included in a list of musical elements, most will agree that it includes rhythm, dynamics, melody, harmony, timbre, texture, and form. Some of those elements have sub-elements within them. Rhythm, for example, has meter and beat as a sub-elements, because meter consists of groups of beats, each group commencing with a relatively strong beat, and beats are the result of patterns of sound durations. There are also categories of elements. Dynamics and timbre, for example are expressive elements, while texture and form are formal elements.

All of this is well and good, until someone starts teaching each element as a discreet entity. While it is true that rhythm without pitch can be found in percussion music of many cultures, it is virtually impossible to find any music in the world that does not contain at least two elements simultaneously. That is, even with a solo West African drummer, one can easily, in addition to the rhythm being played, perceive dynamics, timbre, form , and when more than one drummer is involved, texture. While it is possible to contrive a performance where only rhythm is present, such a performance will invariably be sterile, dull, and unexpressive, all of which completely misses the point of performing music, which after all is to express something. It is inhuman to stoically and artificially stifle all expressive elements for the sake of teaching one of them in isolation. What’s more, I dare say only a computer could be taught to play the sort of sterilized music I have just described without inadvertently slipping in some expressive hint or other.

So while it is useful and essential to understand each element, and to be able to define and recognize each one while listening to music, and manipulate each element while performing or composing music, students must also progress beyond this rudimentary knowledge to being able to see that music exists as an interaction between elements, and in fact cannot exist with only one or the other, just as the human body needs all of its parts to function as a human body, music needs all elements to come off sounding like music.

Now that we understand that musical elements must be combined and must interact in order for music to result, we can now put forth an explanation of just what each of these interdependent elements are. Rhythm is patterns of sound durations. A single note cannot in and of itself be a rhythm; it is only a duration. This must be so because rhythm must have beat and tempo, and neither is discernible from a single note. When there are two or more durations of sound, then a beat and tempo can be perceived and a rhythm can be said to be present. It is unlikely that meter will be ascertainable after only two durations, because meter are patterns of durations that form patterns of strong and weak beats. The listener must hear enough patterns of durations to establish the occurrences of relatively strong beats amid a recurring interval of beats. For example, while we can perceive a tempo and a rhythm from the first three notes of Beethoven’s fifth symphony, we cannot at that point determine the meter. In fact, it is not until two or so bars after the second fermata that the listener can settle into an understanding of the meter as regular duple. I hope that by now you can see how rhythm, beat, duration and meter are all intertwined together, inseparable into discreet elements.

The situation for melody is quite similar. If meter is a by-product of rhythm, then melody is a by-product of pitch and in most cases combined with rhythm. Just as rhythm cannot exist from a single duration, melody cannot exist from a single pitch. A single pitch is only a tone. Tones derive their meaning and thus their melodic property from how they relate to one another. Once a second tone is sounded, we have a relationship between two notes, but do we have a melody? It’s at this point that defining melody becomes tricky. Are two pitches enough to be considered a melody? After all, there’s not enough there to establish tonality, to make a phrase, or to convey a meter. With all of these other elements missing, is it correct to maintain that two tones can make a melody? I would argue that no, this cannot be a melody, and for the very reasons I have just stated. A melody must have meter, tonality, and phrase. It must have these things because our brains require them in order to make sense of what we hear; in order to comprehend those sounds as music. We must be able to ascribe to the patterns of sounds a structure that includes rhythm and tonality, or else it cannot make sense to us, and will likely not sound melodious, which is the correct way of saying melody-like. At this point I must quickly add that I am speaking here of tonal music. Whether or not music with pitches can ever be truly atonal, and whether so-called atonal melodies such as 12-tone rows are truly melodies are good questions which I will blatantly avoid addressing here. Suffice it to say that melody are patterns of notes from which the human brain can extract patterns of durations, pitches, and strong and weak beats.

The third and final major element to be discussed here is harmony. Harmony is also 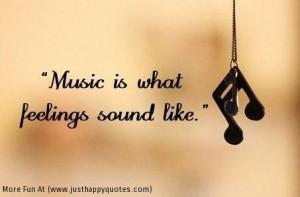 dependent on relationships between notes. It is incorrect to define harmony as tones heard simultaneously. If this were so, then arpeggiated passages such as Bach’s Prelude 1 in C major from the first volume of The Well Tempered Clavier would be said to be without harmony, which would be absurd. As we listen to music, we remember and retain harmonically important tones, and relate them to subsequent tones related to the former by virtue of being part of the same chord. To those who would distinguish between harmony and implied harmony, I would say that is an accurate technical distinction, the former relying on all tones being physically present, the latter relying on tones being audiated while other tones are physically present. In the mind, all tones are present, either physically or cognitively, so in the end harmony exists in either case. So harmony is the combining of tones into combinations that are perceivable as functional harmonies. Those combinations are arranged syntactically into harmonic progressions that we recognize and understand by virtue of familiarity gained from experience listening to tonal music. Again, this definition suits tonal music and not atonal music, though there is a compelling argument to be made for atonal harmony, but not harmonic progressions.

The remaining elements are easily explained. Dynamics is the degree of softness or loudness sounds are heard. Dynamics are dependent on durations and pitch, for without either their is nothing from which to judge a degree of loudness or softness. Timbre is the distinctive tone of a given instrument or group of instruments. Every musical sound has a timbre because it must be produced by a sound source, and every sound source has a characteristic tone quality. Composers manipulate dynamics and timbre to infuse their music with expressiveness. Texture is related to timbre in that discreet voices or layers of musical lines can be assigned to any instrument or group of instrument, producing the desired timbre. When the texture is monophonic, the line may be played by a single instrument or group of like instruments, or by a group of various instruments. In polyphonic or homophonic textures, all lines may be played by multiple instances of the same instrument (all violins or all clarinets, for example), or each line may be played by different instruments. Dynamics are used to create expressive gestures such as crescendos and diminuendos, and to bring out certain lines, perhaps a melody and counter-melody combination, while relegating to the background a harmony part.

Musical elements are best understood in relationships to each other, not as discrete entities. While explanations of each are important, those explanations must highlight the interdependence of the elements. As musics of different cultures are studied, students will find music that has no melody, or has no harmony, yet there will still be multiple elements interacting to create the music to which they are listening.