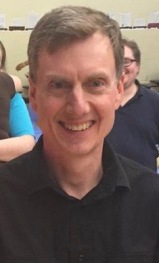 Elsewhere in this blog I have written about the strengths and weaknesses of Kodaly, Orff, and Gordon approaches to music education. Those articles assumed that it is beneficial to grab strengths from each approach, mixing and matching them into a teaching method that is better than strictly adhering to any one of them. In this post, I will discuss in more practical terms how those methods, and the practices of Dalcroze also, can be combined in a complementary fashion.

Regardless of the method used, music education involves teaching students to sing, play instruments, move and dance to music, create music, perceive, understand and respond to music, and connect music to the other arts, other disciplines, and to their daily lives. These are included in the national standards under the artistic processes of create, perform, respond, and connect. As we examine the major methods, it is helpful to determine how each approach goes about teaching each of these. Of them, connecting is arguably the least often addressed. Connecting sometimes gets lost in preparing performances for presentation or teaching concepts through listening activities. A careful look reveals that both Kodaly and Orff valued the connecting piece.

Kodaly insisted on using folk song literature from the children’s own culture as the basis for developing musicianship. This immediately brought cultural and structural familiarity with the music, and fostered connections with the everyday musical experiences of children who heard and sang this literature often. Beginning tonal training with the descending minor third is well known among Kodaly teachers, yet it was not so much that there was something intrinsically preferable about that interval, but that it was one that the children were most often exposed to and most often were

heard singing intuitively. Those who have debated over the supremacy of the descending minor third have pointed out that it is not so prevalent in musical cultures that are not primarily pentatonic based. American folk literature, for example, has many more instances of ascending major thirds than descending minor thirds, and for that matter has many more instances of the sub dominant which is completely absent form pentatonic songs. That is why successful American application of the Kodaly approach such as Feierabend’s First Steps in Music and Conversational Solfege early on use “do re mi” songs which of course feature that ascending major third.

Orff’s approach to rhythm makes fundamental connections to language. Orff took the natural rhythm of words, and transposed them into musical patterns to teach with the words. Learning poems, rhythms and chants that feature targeted rhythm patterns and meters is a natural way for children to progress musically. Those targeted patterns and meters can then later be read and notated using standard music notation. Movement,

dance and speech are all melded together as the way children experience music, develop creativity, and become artistically literate. As with intervals, it is best to use rhymes, chants and poems that are products of the child’s own culture, so that the patterns are familiar. Translations of texts from other countries and cultures can at times be awkward, creating rhythmic dissonance that makes learning more difficult. Again, grounding music education in culturally familiar contexts is the key.

The Dalcroze approach has not gained the popularity in the United States that those of Orff and Kodaly have. This may be due to the emphasis on the dance and movement aspects of the approach in a setting where singing and playing of instruments is more highly valued, or it may be that when it comes to singing, Dalcroze championed the “fixed do” type of solfege which has largely been ignored in the United States especially by Kodaly specialists who maintain a strong preference, for the “moveable do” system. Even so, Dalcroze’s emphasis on movement and dance can easily be found in Orff’s method because Orff also regarded movement as crucial to music learning and understanding. Orff practitioners use of body percussion and the playing of barred instruments with movements that transfer over from body percussion are rooted in Dalcroze principles. Dalcroze Eurythmics were built on the belief that movement gave meaning and depth to ear training and improvisation experiences. Those movements are put in motion in the form of playing percussion instruments in the Orff method.

The eclectic practitioner will seek out the cultural and musical context in which he or she teachers, and choose those portions of each method that are the best matches. My own teaching has developed over the years into a blend of elements from all of the methods I have discussed so far. After Kodaly, I regard the singing voice as the primary instrument through which music education takes place. After Dalcroze, I regard the body as the primary means through which rhythm and meter is understood, and freely have my students use movement, and prefer the fixed do system of solfege. As I have discussed elsewhere, I have found my students develop better pitch with fixed do, and it is helpful in transferring notation to instruments, substituting solfege syllables for note names. After Orff, I enjoy creating opportunities for children to improvise and explore their own creativity, especially through vocal improvisation from age 4 and upwards, and of experiencing movement to music through the movements used to play barred instruments. Movement, singing and playing instruments are all useful in teaching each of the musical elements, which I regard as rhythm, beat, meter, pitch, phrasing and timbre. The use of movement in particular also is useful in teaching musical expression, as the body naturally becomes expressive when moving to and interpreting music.

I have found much success using Feirabend’s First Steps in Music to combine elements of Kodaly, Orff, and Dalcroze. While primarily a Kodaly application, Feirabend’s work also integrates improvisation (arioso) and movement into the lessons of First Steps. Learning from the sample lesson plans, I have learned to seamlessly include singing, movement and exploration in every lesson. Also, using First Steps in Music as an entry, Conversational Solfege continues this work, but with a greater emphasis on the Kodaly 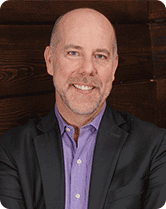 elements, presented in a way that is consistent with Music Learning Theory (MLT). Music Learning Theory was developed by Edwin Gordon out of his research into how people learn music. He found that music is learned in a way similar to that used to learn language. While there is much more to MLT than what I will present here, the elements presented in Conversational Solfege reflect the sequence of teaching patterns by rote on a neutral syllable, teaching the same patterns by rote with rhythm syllables (not words as in Orff, or Curwin syllables as in Kodaly), associating patterns learned with syllables to notation, reading familiar patterns from notation, reading unfamiliar patterns from notation, writing familiar patterns, and writing unfamiliar patterns both in ear training activities and in creating music. Like Orff and Dalcroze, Gordon also found that rhythm and meter cannot be learned intellectually, but only though movement.

The most effective way to be an eclectic practitioner is to learn and practice the methods of each approach, adding in new ones as the teacher is able until they are comfortable and natural, and then to draw on any and all techniques and methods regardless of from which method they come, as the need, context, or purpose arises. Doing so equips the music educator to be maximally effective.