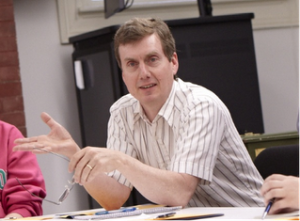 Music appreciation as I experienced it as a student was largely a matter of learning how a musical work was put together, and then listening for landmarks along the way. First theme, second theme, development section, modulation to the dominant, recapitulation back to the tonic, and so on. It usually takes a great deal of training in order to learn this vocabulary, and even more to be able to hear all of these things in real time while one listens. The assumption behind such training is that once a person knows “what to listen for” he or she will be able to do so and will as a result enjoy the music. But putting such a substantial prerequisite on enjoying music places a learning curve before students which they may not be willing to navigate. What’s more, there must be people who enjoy music some other way, who know nothing of expositions, recapitulations or modulations. This is, or perhaps should be, the province of professional musicians and a minority of dedicated music lovers who choose to dive into the inner workings of classical music. But it surely must not be expected of everyone. It is just this sort of thinking, requiring the general population to rise to the level of expertise required of a professional musician, that has caused classical music to be so off-putting to so many people who very well might otherwise 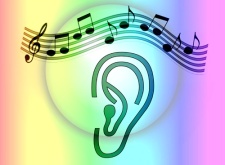 Aaron Copland, in his classic book, What To Listen For In Music, explained that there are three types or “planes” of music listening. One is the sensuous plane. “The simplest way of listening to music is to listen for the sheer pleasure of the musical sound itself. This is the sensuous plane.It is the plane on which we hear music without thinking without considering it in any way….The sensuous plane is an important one in music, a very important one, but it does not constitute the whole story” (p. 10). To Copland, this was an entry point to classical music; a perfectly acceptable way to enjoy music, so long as it did not remain the full extent of one’s efforts to listen to music. With this in mind, I have to wonder how many times, if ever, students in a music appreciation class are given the opportunity to listen to music on the sensuous plane, and to begin to build a fondness, liking, or even love of the music before more strenuous intellectual demands are place on them. It would seem to me that including this beginning step is critical to the assumed goal of developing music lovers in these classes. 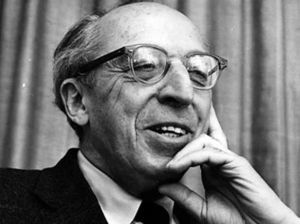 Copland’s second plane was the expressive plane. Copland believed that “all music has an expressive power, some more, some less, but that all music has a certain meaning behind the notes, and that that meaning behind the notes constitutes, after all, what the piece is saying, what the piece is about” (p. 12). Copland went on to explain that the meaning music expresses cannot be explained in words; that it is part and parcel of the experience each individual has with the music on an emotional level. Words can only approximate or misrepresent what a musical work truly “means” to any person; yet this very meaning, so personal and inexplicable as it is, can also be the very thing from which a person derives enjoyment and pleasure from music. The difficulty is in the fact that because musical meaning cannot be observed or explained, it is at best difficult to teach; it more realistically just is. Still, as with the sensuous plane, simply giving students to listen to music and find meaning on the expressive plane is helping to facilitate growing their love of music.

Copland called his third plane the musical plane.  It is used when the listener is versed in “the notes themselves, and their manipulation.” This is the high ground of traditional music education, but caution is in order. “From the layman’s standpoint, it is not so much a matter of getting over bad habits on the sheerly musical plane as of increasing one’s awareness of what is going on in so far as the notes are concerned.” What’s important here is the phrase “increasing one’s awareness.” In this phrase, Copland acknowledges that the lay listener, without training in musical form and music theory, already has some awareness of what is going on in the music.

We have seen that a listener is aware of emotions and meaning, even if the latter cannot be explained in words. Doubling down on the nuts and bolts of music will take the listener further, letting him or her in on more of what is there to be enjoyed, but it is by no means the first and last word on musical enjoyment. So when we teach music appreciation, we must make sure we remember these three planes, and that we get them in right order. I dare say, it is not necessary to graduate from the musical plane before bringing students to a classical music concert. Allow them the experience, and to grow on the first two planes, and then when they have learned to use the third plane, they will return with new energy and appreciation.