One of the greatest challenges I face as a music teacher is balancing two important influences. These influences are student interest, student confidence, and curriculum. Many of my students love to listen to music, but aren’t interested in learning about music, or learning to perform it, even the music they listen to. Just the fact that they enjoy their music and perhaps singing along with a recording alone or with friends is enough for them. While singing alone and with others is part of the music standards, singing along with a recording isn’t really singing alone, so independence and individual musicianship aren’t being developed if this is all they do. But because they enjoy this, they lack a motivating influence to push them to go further.
This is where student confidence comes in. Confidence in one’s ability to perform music or understand about music is an effective motivating influence to move them into deeper experiences and understandings of music. But building confidence through, for example, teaching them how to sing better must be done initially with the style of singing they are most comfortable with, and which they have a desire to sing with, namely the styles of popular music culture. This opposes the traditional approach of teaching singing through classical music voice training. To be honest, most teenagers aren’t interested in sounding like opera singers. Still, research has shown that people have difficulty singing in tune if they are not using a head voice, so head voice must be taught, and should be taught from an early age so that by the time the student is a teenager, they are familiar with and at least somewhat accomplished with head voice singing.
I frequently reassure my students that I am not trying to make them opera singers, but am teaching them how to better use 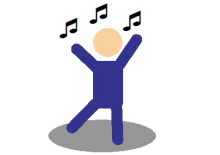 their head voices in order to sing more in tune, to avoid tightness and discomfort while singing, both of which will result in better sounding singing. I also look for examples of head voice singing in songs they like to listen to. While belting and chest voice are prevalent in popular music, there are occasions where head voice is used, and its presence in popular music, however rare, bolsters students’ willingness to invest the time to work on it, because they see it as a way of sounding more like a singer they admire and whose work they like.
Once reluctance and reticence are replaced with willingness and smiles at the results they are starting to obtain, students opposition to working on music performance and to learning about music begins to soften. The more confidence they gain at performing, the more they want to do more of it, and the less reluctant they are to sing for others. During this transition from opposition to acceptance, it is a good idea to let students sing in small groups, gradually decreasing the size of the group down to two, and then finally to solo singing. Assess growth, and do not compare students with students or professional singers. As long as students see their own growth, they will be encouraged to progress further. They will also begin to better understand understand and appreciate what those popular singers are doing to sound as good as they do.
At some point, it is essential to point out that students in your class singing acoustically will not sound exactly like or even as good as the voices they hear in recordings, because the latter has the benefit of a myriad of technology to enhance their voices and compensate for inaccurate singing. Filters, equalizers, and the seemingly ever present auto-tuner make these professional recordings no match for students in classrooms where little or non of this technology is available. But I hard sell the fact that once they have reached the point where they are singing with excellence, they would sound as good, or nearly as good, if they did have access to that technology. I have found students receptive to this point of view, and emphasizing it causes many of them to imagine themselves sounding like a recording artist, which is something they never would have done at the beginning of the process. 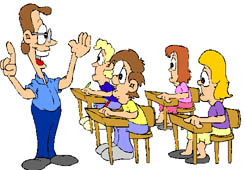 As the students gain proficiency and confidence performing music, they also become more motivated to learn about the music they are singing, and about other music that is similar. Now that they are personally invested in particular musical works, it is natural that they will become curios and motivated to learn more. It is in the teaching about stage that non-performance curricular topics are brought in to the teaching sequence. While many teachers teach about a musical work before beginning to work on performing it with their students, where initial motivation and interest is low as I have described, I find it more helpful to delay teaching about the music until the motivation and interest has risen. Connections that can be made are helpful, and may make teaching about music earlier advisable. For example, if a song was used in a movie that is now very popular, there may be an opening to teach about that song for the time before it was placed in the movie. It’s currency and popularity are motivation enough for students to want to learn about and learn to perform. This is part of the balancing act between student interest, student confidence, and curriculum.