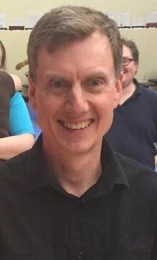 The authors of the National Core Arts Standards placed a high premium on expressive intent. It is included in Creating; plan and make, and present, Performing; interpret, Responding; interpret, and in the overriding artistic process on connecting. As I have written elsewhere, expressive intent is problematic in that the listener rarely knows for sure what a composer or performer intended to express. Determining expressive intent becomes largely a generalization based on how people generally perceive and respond to given musical conventions.  The truth is, researchers over the years haven’t even agreed on how or in some cases even if music expresses anything. This is interesting, because it is useless to be concerned with what a musician intended to express if music cannot be used to express anything.

I am going to assume that music can express some things, namely emotions. Juslin discussed three methods of “coding” that people use to perceive emotions in music. These are iconic, intrinsic, and associative. Iconic coding is the most universal of the three. It is based on universal uses of the human voice to express the basic human emotions of happiness, sadness, anger, and fear. The idea I extrapolate is that music reproduces in a stylized way the inflections and patterns of the human voice when these emotions are being expressed. According to this perspective. happy music is bouncy and jocular resembling giggling or laughing, sad music is weepy and sigh-like, angry music is loud, focused and forceful, and fear is dark, uncertain and cautiously quiet. Because all humans cry sadness, laugh happiness, burst out anger, and withdraw in fear, music that cries out, laughs out loud, rages or withdraws into tense quietness is understood by all people, regardless of context, as expressing those emotions. As long as the emotion is common to all people, and the vocal expression of that emotion is common to all people, then emotional expression will be iconically coded by human listeners.

Intrinsic coding has universal aspects to it, but is at least in part culturally specific. From this perspective, structural elements are used to express emotions. For example, harmonic movement away from the tonic creates tension, and movement toward the tonic creates relaxation. Emotions are perceived through the lens of the extent to which tension is present in the music at a given moment and over a given time span. Anger and fear are expressed when tension i s present to a greater extent,  happiness is express ed when tension is minimally present, and sadness is expressed when a moderate amount of tension is present. Because these parameters are generalized, mixing in some iconic coding with intrinsic coding helps clarify with more precision what emotion is perceived. Indeed, it is rare that any of the three types of coding is used to the absolute exclusion of the others. Listeners can and do mix coding systems to arrive at a perception of expressed emotion in music to which they listen.

The most culture specific coding method of the three is associative coding. Simply put, this is the tethering of an emotional experience to a musical device. Here music is perceived as happy or sad or angry or fearful because the listener connects what is heard with an experience that aroused the same emotion. Although the music initiates the perception of an expressed emotion, that perception is dependent on an extra-musical association to hit home.

These are ways a listener perceives emotional expression in a musical work, but is what 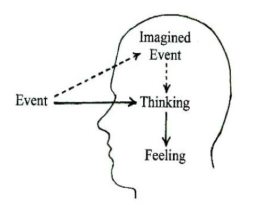 the listener perceives what the composer intended to express?  To whom did the composer expect to convey his or her expressive intent? These are important questions. With intrinsic coding, the structural norms with which a composer creates music may not be the same with which a listener is familiar. With associative coding, the emotional experience to which a listener connects a heard musical device is likely unknown to the composer of the music to which the listener is making that connection. When we are considering a composer’s expressive intent, what matters are the icons, structures, and associations he or she uses to create the music, and the degree to which those are shared with the listener. Composers of one culture to whose music people of another culture are listening will share fewer associations and common practice structures than when the composer and audience are of the same culture, or when the listeners have been well versed in the composer’s culture. Therein lies the importance of music education to developing listeners who can apprehend a composer’s expressive intent.

Any listener will be able to apprehend an expressive intent perceivable through iconic coding, because the means of expression is, as we have seen, known to all as part of the common human condition. The more culture-specific musical devices a composer uses, the more education is needed to familiarize listeners with the structures and associations the composer is relying on to  convey the expressive intent. For intrinsic coding, the issue isn’t so much that students know what sonata form or rondo or theme and variations is, though that is useful knowledge, but rather that they understand how composers use musical structure within these forms to convey musical meaning. Structures of tonal music are meter, phrasing, and patterns of harmonic tension and relaxation. Of the three, meter is the most universal, and is not limited to Western tonal music, but all three are crucial to tonal music. A familiarity with all three is necessary to gather in expressive intent using intrinsic coding. Structures are built up into forms, but forms are not as important to expressive intent as structures. Forms can be compared to a filing cabinet where files are placed so that they can be found and accessed as needed. Structures can be compared to the files themselves, which contain the needed information. A single body of information may be contained among several folders just as a sonata movement is comprised of theme groups, themes, phrases and motives, each comparable to nested folders. When one understands the contents of each folder, of each phrase, theme, theme group, etc., and the  relationships between them, then a person understands the intended meaning of all the files, of all the music combined.

In the case of associative coding, listeners need to learn associations that were well known to the original audience of a musical work but that might be lost on today’s listeners. For example, Mussorgsky’s “Bydlo” is meant to depict the slow lumbering progress of an ox-drawn cart. The sight of such a cart would have been well known by Mussorgsky’s audience, but most children in the United States have never seen one, so the expressive intent they perceive through associative coding would be connected to an entirely different image, and perhaps a different emotion as a result. One must also be cautious not to mistake titles for a composer’s expressive intent. For example, Mendelssohn’s famous “Spinning Song” was given that title by the publisher and was unknown by Mendelssohn when he composed the piece. All of this comes down to context. The context in which a composer creates and an audience listens must be brought into harmony if expressive intent is to be successfully conveyed.