The National Core Arts Standards are written around four artistic processes. For music, these processes are creating, performing, responding, and connecting. How do these four artistic processes translate into what music teachers and students are to do in a classroom? I will take each process and, using the framework (see my post from July 8) unpack each one. In this post, I will begin with creating.

Creating is “conceiving and developing new artistic ideas and work.” In order to do this, students “generate and conceptualize, organize and develop, and refine and complete artistic work. These three pairs of actions form a work flow for creating artistic work. The first pair, generate and conceptualize, is the beginning of the creating process. To generate is to bring about a result from applying certain rules and procedures. A generated artistic idea does not come into existence from nothing, but is the result of actions taken with entities that already existed. This can be seen in linguistic where a sentence or phrase is brought about by applying universal rules of grammar to lexical input. Lerdahl and Jackendoff demonstrated that a corresponding situation exists in music whereby an experienced listener intuitively applies universal rules of musical grammar to generate structure in music to which he or she listens. Generating musical ideas, then, involves using what has been learned through experience with music and bringing different ideas to light with the same structures as the music with which the music creator is experienced. This is why a person who has heard Western art music for years, but never heard Gamelan, will generate musical ideas that are structured as and sound Western not Indonesian. From this, we can see that students who are immersed in several musical cultures will be capable of generating a wider variety of musical ideas than students who are immersed in primarily one or two genres.

To conceptualize is to envision, imagine; to form an image in one’s mind. When an idea is conceptualized, it is held in the 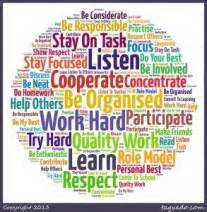 brain in a form which can be remembered, altered, examined, and played with. A conceptualized idea is one that has according to Gordon been audited, and according to psychology on of which a person has made a mental image. A conceptualized idea is one that can be found to be similar or related or parallel to another, making the composing and recognition of variations and developments possible, as well as making it possible for one musical work to remind a listener of another, or to enable a listener to categorize a musical work according to composer, historical period, or genre. Conceptualization requires not only listening experience, but knowledge about music, especially styles, genres, composers, and historical periods and cultures. This kind of knowledge equips learners to go beyond generating an idea and to do something with the idea.

In order to create, students also “organize and develop artistic ideas and work.” Organizing artistic ideas follows generating and conceptualizing. Once ideas have been generated and conceptualized, they can be organized into sequences of ideas and developed so that those sequences flow and have breadth to bring enjoyment and expression to the listener. This too requires experienced and knowledgeable listeners. Through their experience with and knowledge of musical genres, students have a basis on which to organize their ideas in a way that makes sense according to musical grammar and well formalness, and according to a plan for the musical work they have made. Students’ intuition about music that sounds “right” can be seen by playing two half phrases from two different musical works that clearly don’t fit together, and observing students’ reaction. They are likely to either cringe or laugh at the music, because it will either sound awful or funny due to the incongruity of the two half phrases. Music has to have a sense of rightness, and that comes from grammatically well formed organization, which is learned through listening experience. Developing music is a product of the same experience. There is always a predictability and balance to well-conceived music. Skilled composers find just the right balance between fulfilling and delaying listeners’ expectations, in order to create stress and release in a satisfying, exciting, and expressive musical work.

Finally, in order to create, students refine and complete their artistic work. As a result of experience listening to music, students acquire a sense of what outstanding, good, fair, mediocre and bad music is. Based on this experience, gained through another artistic process, responding, students are able to evaluate musical works, including their own, and conceptualize improvements. Through a cycle of evaluating, reflecting, and revising, students improve the quality of their artistic work until they have realized their intent, and have a musical work ready for presentation to an audience.

One thought on “A Closer Look At The Four Artistic Processes: Creating”