Musicianship is one of those words that is used frequently but thought about rarely. As music teachers, we want our students to acquire musicianship, but we don’t necessarily spend much time specifically teaching it. Much of the time we are teaching skills, and then assuming musicianship will automatically follow. But it is often the case in education that the transfers of knowledge we think students will make on their own go unnoticed. Often, it is necessary for us to guide students through the transfer of knowledge from one application to another, or from one level of proficiency to the next. So it is with transferring skills to the practice of musicianship.

When I was an undergraduate at a major music conservatory, there was one weekly class I had to attend every semester for all four years. The name of the class was “musicianship.” Students signed up to play for a master class taught by a distinguished professor with the whole school watching. Several students would perform each week, and through it all we saw and heard how to shape musical phrases into performances that were pleasing, expressive and even passionate. What we did not learn in that class were fingerings, bowings, and what notes to play. That was not part of learning musicianship. Learning to play musically was the purpose of the class called “musicianship.”. 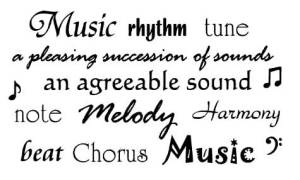 So far I have defined musicianship in the realm of musical performance only, but musicianship can also be demonstrated by any act of music making. These include composing, improvising, and listening. In our Western art music tradition, composers create the master plan that the performers will follow during rehearsals and concerts. Because the composer imagines what the work will sound like when performed, all of the benefits of musicianship must come into play during the composing process. Phrasings and expressive details must be planned and executed in the writing of the music, and so requires musicianship. The composer builds a musical structure that the performers will animate with physical sound. Listeners then receive that sound, and must apprehend the structure and all that the composer and performers have expressed, and come to a hearing of the piece that includes the composer’s intent, the performers’ intent, and through the listeners’ own experience and musicianship, understandings of both. Listeners’ musicianship is apparent from the way they recognize musical patterns, respond emotionally to music, and remember motifs, themes, phrases and melodies. Musicianship is practiced wherever knowledge, skill, and artistic sensitivity, to borrow from the Random House Dictionary, are brought to bear on an act of music making.

When we are teaching students solfege, ear training, instrumental technique, sight-singing or any other musical skill, we are not teaching them musicianship, but instead preparing them to make music with musicianship. There is nothing particularly musical in an artistic sense of the singing that is done in an ear training class, or the music that is played in an early level instrument lesson. Though music is being made, it is not necessarily musical. This is because musicianship has not yet been applied to the skill of producing pitches and rhythms. Musicianship is a synthesis of music skills, accomplished in a single act of music making. We teach someone musicianship when we teach them to bring all the necessary music skills together into a performance of artistic excellence.