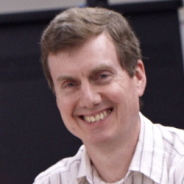 Scales are usually something we don’t appreciate until we gain the perspective of hindsight. Students rarely say they are glad they are practicing scales, but frequently say they are glad they learned them after performing a technically challenging piece well. For many students (and perhaps some teachers too) scales are often laborious and unpleasant parts of the practice routine that would be avoided if a teacher weren’t requiring them, and even then they don’t always get the attention they merit. Yet when we meet these same scales in a concerto or sonata movement, students revel in being able to play scale passages accurately and faster than all their friends. What is it about practicing scales that is so unlikeable? Perhaps it is in a faulty conceptualization.

How do you define a scale? My definition is that a scale is all the diatonic tones of a key arranged in order from lowest to highest frequency. The question is, where is this arrangement located, and where is it made? On paper? On a keyboard? The written notes are visual images that represent aural phenomenon, and keys on the instrument are in part the means by which the tones of a scale are made audible, but they are not the audible tones themselves. Marks on a paper and keys on an instrument don’t produce sound, so if scales are a set of audible tones, they aren’t found on instruments or paper.

None of these things to which music teachers often refer to explain a scale have much to do with one at all. What really matters about a scale are how the individual tones of a scale attract us to other tones. For example, the leading tone and to a lesser extent the supertonic lead us to the tonic, and the subdominant tone pulls us to the mediant. These tendencies can’t be seen, they can only be heard, so showing keyboards really isn’t instructive on what a scale really is. The fact that the tones are arranged in a pattern of whole steps and half steps is useful knowledge, but unless the student hears those intervals in the context of the tendencies toward other tones, it is all knowledge without practice.  When scales are experienced musically, they are expressive, and not boring. This leads me to how music teachers might best teach scales. 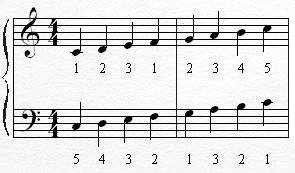 This is a particularly difficult issue for keyboard teachers, because equal temperament weakens the tendencies and thus the musicality of the scale. For this reason I prefer to teach scales by having the student sing them, using tonal syllables with the moveable do system. I have them sing not just the entire scale, but portions of a scale, so they learn the tuning and tendencies. Do-re-do to hear the tendency of re to return to do. La-ti-do to hear the pull of the leading tone up to the tonic. Do-mi-fa to hear the tendency of mi toward fa, and so forth. Training the ear first places the inner workings of melodic harmony in the student’s memory, where it will connect with complete scales when they are sung or played. The ear begins to lead the fingers, instead of the fingers dragging the ear around by the scruff of the neck.

By now, the student has thoroughly absorbed what a scale sounds like from the inside out. S/he is now ready to recognize scales in music to which s/he listens. This exercise has the advantage of placing scales into a harmonic context, which reinforces the tendencies. It also teaches the students another important application of scales to playing an instrument well: knowing scales make many passages of a piece familiar, even if the student has never played the piece before.

At this point, the student is prepared to start practicing scales in the traditional sense. But not just brutally banging them out. They can play them expressively, musically, and audiate chord progressions while playing scales in thirds, or going through the cycle of starting on each successive scale degree. The richer mental engagement with scales as part of a harmonic system makes playing the scales more interesting, relevant, and even enjoyable.And please notice, I have not mentioned using notation yet. There is no need to. With the ear leading the way, students can learn scales slowly by ear, matching what they sing first to what they play second. You can teach them key signatures as an aid, but their ear should be the final determinant for whether or not the scale is being played correctly. Remember, the most learning takes place during the struggle to solve a problem. The least learning takes place when the teacher provides the answer. Let your students struggle, offering just enough guidance to keep them going, motivated and encouraged that they can succeed.