Today I will continue a discussion I started yesterday about balancing influencers of instruction. In particular, I will examine the balance between student interest and curriculum. Curriculum is heavily influenced by state and federal performance standards. Although these standards are not mandatory, most states have adopted federal music standards, and most school districts have used these standards to write and maintain their curricula. Until recently, the authors of federal music standards did not acknowledge student interest as a basis for planning and teaching. In the new core arts standards, student interest is included as a consideration when selecting music to perform, and is meant to be used by both students and teachers. Take  to its extreme, students would be given full reign over what they did in music classes, and the scope of music instruction would likely be narrow, restricted to present interests and excluding unfamiliar or less preferred musical idioms. On the other hand, if student interest is not considered, instruction is likely to become irrelevant and uninteresting to students, leading to limited achievements and accomplishments. The key then becomes what do students need to study and learn in music that will take them into a sufficiently broad array of musical experiences, and how can these items be contextualized within the realm of identified student interests without limiting the scope of overall instruction.

In one sense, it is odd that what students should know in music is so often drawn from a mere four hundred years of Western European musical experience. Singing and playing musical instruments is most often taught and assessed on the European art music model, while performance practices of other cultures such as Native Americans and Asians, is all but ignored or even marginalized. Because Western popular music is still grounded in Western European art music practices, most notably 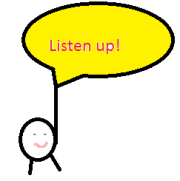 metrical, tonal, and rhythmic structures and materials, training students in this style is both useful and appropriate. But its proper implementation does not need to be restricted to so-called classical music Music that students are interested in performing often is not classical, and doesn’t need to be. In fact, more complex rhythms and harmonies can be found in some popular music than in much classical music. One needs only to listen to music rooted in African American traditions, especially gospel, reggae, and rap, to realize that nothing in classical music compares to the rhythmic, articulative, and timbre manipulations found in these genres. One can go much further in the study of these musical elements with popular music than with classical music up to the twentieth century. On the other hand, investigations of metrical complexity is much more rare in popular music, but abounds in classical music of the modern era, especially in works by Stravinsky, Bartok and others. While students are likely to know more rap songs than their music teacher, it is equally likely that music teachers will know more works by Stravinsky and Bartok. Their rhythmic adventurousness will appeal to the restless spirits of adolescents, while they will be pleased to share their rap songs, and pleasantly surprised if we, their music teachers, enjoy them. Bringing student interests into the fold opens an opportunity for students and teacher to share interests and broaden each others musical horizons, and for each to be the better for doing so. While there is much to be lost by including only popular music in a music classroom, there is also much to be lost by not including it at all.

There is one word of caution to consider here, one I have learned from experience. We must avoid “schoolifying” music of popular culture. Do not treat popular music as something you are enduring just to prepare or “bridge” to what you really want to teach. This is disingenuous at best, and will alienate your students. If you were teaching music of the Caribbean, you would go to lengths to present it in an authentic and accurate way. Do no less with popular music. It must be studied honestly. Commonalities and connections to other genres and cultures can and should be made, but in a respectful and scholarly way, not as part of a promotional campaign to wean students off of popular music in favor of classical works. Remember, both have legitimate places in our lives and our classrooms.